HomeAn office with a view

An office with a view

From open plan offices, to cubicles, back to open space – office space has evolved tremendously over recent decades. The design and multi-functionality of the space is now seen as an important talent magnet in the increasingly fierce competition for gifted employees. Could it spell trouble for office developers, though? 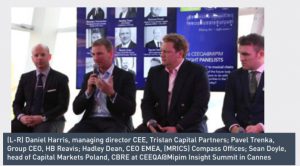 A video game console with a hires projector, a comfortable red couch, a basketball hoop, exotic plants on the walls, streams of daylight pouring in through floor-to-ceiling windows. It’s not a five-star hotel suite, it’s a modern corporate office in the city center. You can see them popping up in all major cities across CEE: Prague, Budapest, Bucharest, Poland’s regional cities such as Kraków and Gdańsk, as well as Warsaw. They are all green-certified and armed to the teeth with high-tech building solutions. “Long gone are the days when tenants were impressed by openable windows, raised floors or BMS systems. The high standard of finishing in common areas, or even the additional infrastructure, such as bicycle stands, showers for cyclists and charging points for electric vehicles no longer create the ‘wow’ effect, either,” said Stanislav Frnka, CEO of HB Reavis Polska.

The office metamorphosis is largely the product of generational changes in the workplace. While the X generation was all about work-life balance: striving to keep their work separate from their private life and spend their free time in a creative and stimulating way, the younger “Selfie generation,” as the Millennials are often referred to, tend to lean more towards a “work-life blend,” where they want to feel equally creative, relaxed and fulfilled whether they are in the office, or kicking back on their living room sofa. The “at-home” feel of their offices goes a long way to ensuring that. 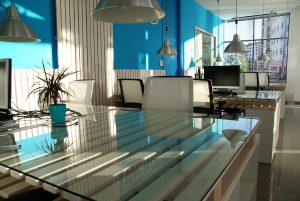 “The blurring between work and personal life is happening, and I think these kinds of spaces are designed to meet these expectations,” said Pavel Trenka, CEO of HB Reavis, during the annual CEEQA@ Mipim Insight Summit held in March.

Attracting talent is becoming the no. 1 issue for most employers these days. According to Manpower Group, an HR consulting firm, 41 percent of employers in Poland find it difficult to locate people with the right skill set for the job.

A company car, a social package and private healthcare just don’t cut it anymore. For an increasing number of Millennials, or Gen-Y’s, the conditions they work in are more important than the salary itself. A third of them would rather have a flexible work environment and access to social media than a bigger paycheck. They are, after all, the most “connected” and sociable of all generations currently in the workforce.

“Last year we did a complete survey of business service companies, asking them what amenities they wanted to have in their office. Fully available wi-fi and bicycle racks took the two top spots [with 75 percent and 78 percent respectively],” explained Tomasz Trzósło, managing director & head of Capital Markets Poland, JLL.

The social and co-working needs of the younger generation are fueling another change in the workplace: assigning workers to specific desks is becoming a thing of the past. Some of the largest corporations, such as EY, CBRE and Skanska have already switched to a desk-sharing model. 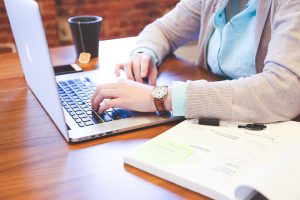 “We’ve had hot-desking in our office for the past 12 months. Initially there was a lot of rejection to it. … But we’ve found that there is an incredible increase in efficiency when people manage to clear what is on their desks in a day,” said Sean Doyle, head of Capital Markets Poland at CBRE.

The discomfort some employees, particularly the Gen X and Baby Boomers, might get from giving up their own desk is easily offset by the option of working from home. And even more so by all the extracurricular activities they can indulge in while at work.

“Having been brought up in the information technology era, with easy access to the internet and mobile devices, the representatives of Generation Y don’t want to be tied to a desk and work on their own. Instead, they prefer to stay mobile and work in tandem with others, even when at the office. And of course, they expect the physical space and the office technology to facilitate such a work style,” concurred Frnka.

One could ask, what kind of impact providing so many “fun distractions” has on employee productivity. Employees already spend less than half their time at work actually doing their jobs. Wasteful meetings and excessive e-mail communication are the two chief culprits responsible for keeping people away from getting things done, according to a study by software firm AtTask and market researcher Harris Interactive. Is giving your employees games and rec rooms a good idea? Won’t that make them even bigger procrastinators?

No, if you consider that one of the best ways of exchanging valuable intel between workers is through informal, ad hoc meetings, as research suggests. So why not combine knowledge dissemination with workers’ downtime? In the past, a lot of important decisions were made during cigarette breaks or around the proverbial water cooler. Now, you can hear employees talk shop while playing Ping-Pong or shooting zombies.

Another way of ensuring better productivity is optimizing the way space is used: why have a 50-seat board room if only about 10 people usually come to a meeting? Some meetings have no more than three or four participants, so small meeting rooms or interview rooms are far more suitable. Have you ever been on the phone with a client strolling down the hallway or in the stairwell in search of some privacy? That’s where office phone booths come in handy.

All this change and reshaping of the workspace has one more side effect: companies need less space. “When you go from a ‘normal’ office to an office that is well thought-through and well prepared and where everything is open plan and no one has their own desk, you save about 30 percent in space. Take half of those savings and put it back into fun social areas. So usually, companies take 15 percent less – more people are working from home, flexible working hours are becoming acceptable,” explained Hadley Dean, CEO for EMEA of Compass Offices.

And that can have a much bigger impact on the office market than a temporary oversupply, or green certificates might have in the long run.

Also, in the long term, ever-increasing automation may further limit the need for office space. Already, 45 percent of employees are afraid that automation, intelligent machines and AI will replace people in their jobs, at least those that can be automated, according to a study by ADP, an HR services provider.

Developers are well aware of the long-term consequences. “The shrinking number of working-age adults, combined with the growing trend among Gen Y employees towards remote working, will erode the demand for desk space within a traditional office environment,” summarized Frnka.

If the trend continues, the record-high tenant demand seen in some of CEE’s major markets, including Warsaw, might turn out to be a momentary blip, while in the long run, landlords may have to face even stiffer competition.