Shaping the future of New Europe 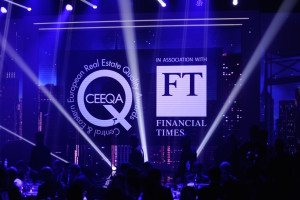 The 2017 CEEQA Awards are for business leadership and achievement in commercial real estate in New Europe during the 2016 calendar year.

The sector’s most trusted industry recognition, the awards are free to enter and are judged by a panel of the most senior representatives of market leading companies and organisations active in the sector, the CEEQA Jury. Decisions are exclusively made by the members of the jury with no interference or intervention by the organiser, all aspects of the judging are closely monitored by the awards supervisor globally trusted consulting firm Deloitte.

In a change from previous years, two awards for leadership in green building will be presented among the main awards at the CEEQA Gala in April. The previous award for overall Green Leadership has been split into two awards this year for Green Leadership Building of the Year and Green Leadership Company of the Year, in the Grand Awards section of the award presentations, replacing the four RealGreen Awards given out in rectent years at Mipim. If your buidling or company has been setting the standard be sure to enter and get noticed.

Awards entries must relate to business activity during 2016 in one of the following countries:

The award categories available to enter are presented in four sections:

For new buildings, renovated buildings or extensions completed during 2016 in 3 categories.

For business leadership and achievement by companies during 2016 in 9 categories.

For business leadership and achievement by agents during 2016 in 4 categories.

For overall market leadership including buildings, companies & people in 7 categories.

In its 14th year, the annual CEEQA Gala is a must-attend for any serious property professional active in the CEE and SEE property markets. Noted for its unique blend of serious business and world class entertainment, the CEEQA Gala attracts over 750 leaders in European and global real estate from more than 50 countries, and is widely regarded as one of the most valued real estate business events in Europe. Recent entertainers have included Bonnie Tyler, Hot Chocolate, Kim Wilde, Bananarama, Edyta Gorniak, Sister Sledge, Katrina & The Waves, Ada Szulc and Boney M.

For further information on 2017 awards entry or event tickets contact us directly at info@ceeqa.com.

For information about the 2016 awards and events visit our 2016 Review page.