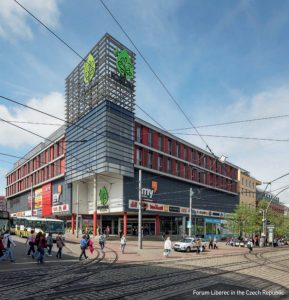 South African investors took the Central and Eastern European and South-eastern European property markets by storm last year, spending several billion euros on prime real estate assets – mainly shopping malls and office buildings – in the region. The relative attractiveness of this part of Europe, compared to their home market, led investors to pump record amounts of capital into the Polish market, but some of the other CEE/SEE countries also witnessed the huge wave of South African investment.

“We can see that the capital flow is now deeper and more geographically spread across CEE,” said James Chapman, international partner, CEE capital markets, at Cushman & Wakefield. He added that South African capital has recognized CEE as the highest economic growth region in Europe. Other locations on the continent have been on the radar too. According to Chapman, a growing number of investors from South Africa are looking to diversify into Europe where they can find “strong occupational fundamentals and a compelling arbitrage between debt and property yields.”

Indeed, a recent report by Colliers International speaks of “the changing of the guard” with regard to real estate investment in CEE – defined as encompassing six core countries of Poland, the Czech Republic, Hungary, Romania, Slovakia and Bulgaria – in the past few years. While flows from the traditional sources of investment into the region – the US, the UK, Europe, Canada and Australia – remained static between 2011 and 2016, much of the incremental investment seen in the past three years came from new origins, notably South Africa and Asia.

According to Colliers International data, South African capital accounted for nearly 20 percent of the combined 2016 transaction volume in CEE, which amounted to €12.2 billion. By comparison, in 2011 the figure stood at less than 2 percent. In Poland alone, South African real estate investors spent a total of approximately €1.78 billion in 2016. This means an almost 40 percent share in the combined transaction volume recorded in the country last year, noted Tomasz Trzósło, managing director, head of capital markets at JLL Poland.

The acquisition by Redefine Properties of a 75 percent stake in a major Echo Investment portfolio for €891 million, which is one of the largest deals in the history of the Polish market, was the biggest investment transaction to have been closed by South African investors in CEE in 2016. The portfolio included ten retail assets: Galeria Amber in Kalisz, Galaxy in Szczecin, Galeria Echo in Kielce, Galeria Olimpia in Bełchatów, Outlet Park Szczecin, Pasaż Grunwaldzki in Wrocław, CH Echo in Przemyśl and Bełchatów, Galeria Sudecka in Jelenia Góra and Galeria Veneda in Łomża.

Also included in the transacted portfolio were six office assets: A4 Business Park in Katowice, Astra Park in Kielce, Malta Office Park in Poznań, Oxygen in Szczecin, Park Rozwoju in Warsaw and West Gate in Wrocław. Another South African entity, Rockcastle, splashed out on Polish malls – it bought Bonarka City Center in Kraków for €361 million, Focus Park in Zielona Góra and Focus Mall in Piotrków Trybunalski for a combined €161 million, and Galeria Warmińska in Olsztyn for €150 million.

South African investors have been active mall buyers in the other countries of CEE, as well as in SEE. NEPI, for one, acquired Arena Centar in Croatia for €218.5 million, Shopping City Sibiu in Romania for €100 million and Forum Ústí nad Labem in the Czech Republic for €82.6 million. For its part, Rockcastle bought Forum Liberec in the Czech Republic for €80 million. The planned merger of NEPI and Rockcastle, which should be finalized in H1 2017, will result in the creation of the largest listed real estate company and the largest shopping center owner in the region.

Additionally, Growthpoint Properties marked the launch of its Central and Eastern European investment strategy by acquiring an initial 26.9 percent stake in developer Globalworth Real Estate, the largest owner of office space in Romania, for €186.4 million. Last but not least, Hyprop Investments made the acquisition of a 60 percent interest in two major South-eastern European shopping malls – Delta City Belgrade in Serbia and Delta City Podgorica in Montenegro – for a total of €121.6 million. 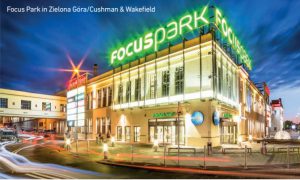 According to Trzósło, the availability of attractive investment product including shopping centers – the asset class South African investors are most interested in – has been one of the magnets drawing those investors to the CEE region. Indeed, when asked how attractive the CEE/SEE region is compared to South Africa, Pieter Prinsloo, the CEO at Hyprop Investments, said that depending on which countries you focus on in the region, shopping centers can be acquired at attractive yields greater than interest payable on bank funding.

He pointed out that some of the countries in CEE and SEE are now recovering from a lower economic base, showing good GDP growth. This is further supported by the ongoing expansion of international retailers in the region. The trading market is also more liquid, with several quality assets available to trade on the open market. “Taking these factors into account, it is currently therefore more attractive to invest in the CEE/SEE region when compared to the South African market,” Prinsloo said. Speaking specifically of Poland,

Hadley Dean, the CEO at investment company Echo Polska Properties (EPP), said that South African property investors are familiar with the country after three years of continuous investment. “They believe Poland is a young Germany but priced as Central European markets,” he argued. There are lots of similarities between the South African and Polish markets, but what South African investors particularly value in Poland is the modern, institutional quality, well-managed properties.

The domestic market of South African investors still offers investment opportunities, but returns there have been weaker than those achieved abroad. Chapman pointed out that direct South African investment activity can also be seen in Western Europe. Some groups have stakes in pan-European businesses with notable focuses on Germany and regional UK, while other, generally smaller investors are targeting niche strategies in London and Edinburgh. “One can expect larger groups to move into Iberia and Italy in due course”, he said.

Trzósło argued that one can definitely expect further South African investment activity in CEE in 2017. EPP, which is co-owned by Redefine Properties, has actually just announced the acquisition of a major stake in the Galeria Młociny development in Warsaw. Chapman was of a similar opinion: “We fully expect South African capital to continue to be a major component of the CEE market in 2017 and beyond. However, increasing competition from Europe, Canada and Asia means that its overall percentage share may fall slightly,” he said.

Also, according to the already mentioned Colliers International report, the capital inflows from South Africa will continue as “the causation conditions remain in place.” The domestic South African environment has endemic inflation of 5-6 percent and thus a tendency for the local currency – the South African Rand (ZAR) – to depreciate over time. “This situation means funding yields of 8%-9% and therefore high hurdle rates for investment and a natural tendency to look to invest in non-ZAR assets,” the study said.

Indeed, there have been worries in South Africa that the wave of South African investment seen in CEE last year may not be a one-off thing, but rather the beginning of a large-scale capital exodus from the country. Nevertheless, in the opinion of Colliers International analysts, the increase in flow seen last year will likely not be repeated in 2017. Mark Robinson, CEE research specialist at the company and co-author of the report, pointed out that Hungary and Bulgaria remain untouched by the South African investment wave of last year. “These look like new destinations in 2017,” he said.

Colliers International experts estimate that around 10-12 percent of South African REIT net asset values are now committed to the CEE region, with a similar proportion committed to Western Europe. However, some of the more committed players have over 20 percent of their NAVs in CEE. “Considering this as a target and the natural incremental growth of NAVs overall, we believe fresh investment from this source could top €1 billion in 2017, a picture that has to take into account the merger of NEPI and Rockcastle,” Robinson said.

Major South African investors themselves admit they are looking to invest more capital in CEE/SEE in the near future. Hyprop Investments, which currently owns three shopping centers in SEE, would like to increase the number to five or six over the next three to four years. “Ultimately, we are aiming to list a separate SEE fund specializing in the ownership of shopping malls,” Prinsloo said. He added that the company is interested in large dominant malls in key cities that have the potential for future income growth and further expansion.