They promised to raise the roof and they did, kicking up the energy levels after dinner at CEEQA’s legendary no-limits after party to set the tone for the rest of the evening. 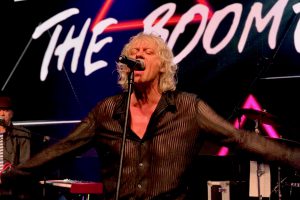 Iconic band THE BOOMTOWN RATS led by frontman Bob Geldof together with original band members Garry Roberts, Peter Briquette and Simon Crowe, led the live entertainment at the 16th edition of the CEEQA Gala and had the nearly 900 strong crowd jumping as they ripped and riffed through a roll call of their post-punk, new wave hits Diamond Smiles, Rat Trap, Someone’s Looking at You and all time classic I Don’t Like Mondays with the energy of… a 70s-80s post-punk, new wave band

Also in the after-party mix were the extremely hot (as in popular!) club/band quartet Electric Girls who kept the pace of the party going and were followed by a late night set by Tr-City based DJ duo Hypno & Fresh, with the early evening sound and vision scapes anchored by CEEQA house entertainers DJ Trent and Mimello. 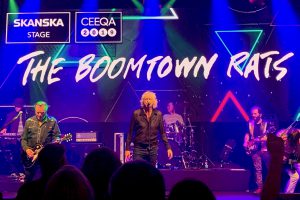 Exploding out of rural Ireland in the late 70s, their challenging yet catchy tunes and unpicturesque, mouthy swagger of frontman Bob Geldof somehow epitomised the artistic and political irreverence of the post-punk “New Wave” era with songs like Rat Trap, I Don’t Like Mondays, Diamond Smiles and Banana Republic among their international chart successes.

The track I Don’t Like Mondays held top slot in the UK charts for four consecutive weeks in 1979 and reached the top ten in almost every major national music chart.

The same mouthy swagger saw Bob Geldof dominating television screens and global consciousness in the mid-eighties and beyond with his Band Aid, Live Aid and Commission for Africa projects in response to a ravaging drought and famine in Ethiopia in 1984, and subsequent Live 8 concerts in 2005, their success catapulting him to global icon status as “Saint Bob” and – after receiving an honorary KBE in the 1986 UK honours list – the respectful though unofficial epithet “Sir Bob”. 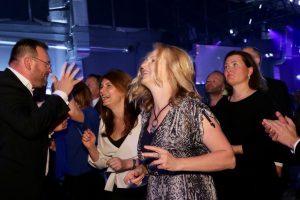 In 2013 the band stormed the Isle of Wight Festival stage and what was initially meant to be a brief “regrouping” turned into the ‘The Rats’ triumphant second coming!

(Editor’s note: I personally saw them performing at the Electric Picnic festival in Ireland in 2015 at which, among an eye-popping roster of contemporary “blue chip” pop and rock acts, The Boomtown Rats along with Florence and the Machine were widely hailed as the stand out stars of the festival. That got me thinking…)

There’s only one Gala 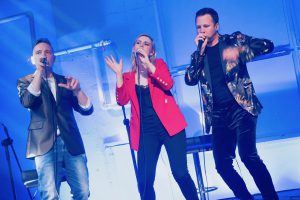 In its 16th year, CEEQA is the leading market insight platform and most trusted industry awards for commercial real estate investment across 18 countries in Central & Eastern Europe and Southeast Europe, organised in association Deloitte to recognise business excellence and showcase the achievements and opportunities of the sector.

The CEEQA Gala is attended by around 900 business leaders from more than 50 countries and is renowned as one of the major calendar dates in European and global real estate for its unique blend of elite business, unparalleled hospitality and world class entertainment. 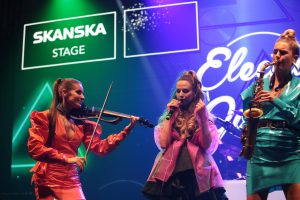 In recent years attracting the likes of Morcheeba, Macy Gray, Bonnie Tyler, Kim Wilde, Bananarama and Hot Chocolate to perform live at the event among a wide range of production and entertainment highlights. The short list for the 2019 edition of the awards will be announced on 10 April. The global Marketing Partner is The Economist.

“The rebuilding of Central & Eastern Europe after the successive ravages of the second world war and Communism is an important cause as well as a capitalist opportunity, we’re delighted to have been invited to perform at an event like this for a crowd like this, with such a great production team.” 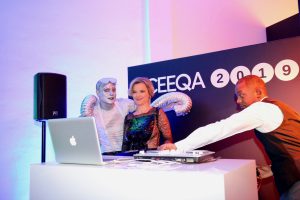 “We were excited and hugely honoured this year to welcome the Boomtown Rats and a global icon of Geldof’s stature to lead the entertainment and production highlights this year, one of my own favourite bands of all time – and they certainly delivered on every front . Just brilliant.”

For a full review visit our 2019 CEEQA Gala page.