Artificial intelligence (AI) has already started revolutionizing the commercial real estate market globally. In the CEE/SEE region, the process is just beginning but it is set to gain momentum in the near future.

The increasingly rapid evolution of AI carries many opportunities but also threats, the end of the spectrum being the real, if so far manageable, risk that super-intelligent, self-determining and self-duplicating AI (fully autonomous robots) could swiftly dispense with these pesky human beings – by this point maybe human slaves – that need places to live, work and play, need food and water in an over-heating climate, and are the closest thing they have to a survival threat. Imagine what that would do to real estate asset values. 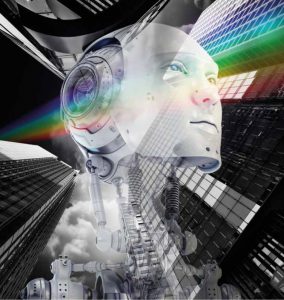 In the more immediate term, the positive potential of AI-driven innovations for commercial real estate is growing clearer, from construction innovation to property management systems and asset valuations… Deeper changes lie ahead. “This technology is bigger than anything that has come before, apart from the First Industrial Revolution,” argued Tina Paillet, chair of the European board at RICS. In her opinion, we will continue to see a shift in the way real estate professionals do business in the years to come.

For now, the available solutions often remain less advanced than they could potentially become in the future as many of them Last year saw remarkable achievements in the CEE/ SEE property markets. It’s time for accolades and a bit of well-deserved publicity to let the world know Solutions have appeared that allow for the reduction of energy costs through realtime monitoring and adjustment of energy consumption. Applications using AI help to save both time and money, argued Krzysztof Mogielski, associate director, digital transformation, at CBRE. He added that his company mostly takes advantage of AI-based solutions while analyzing data. Developer Skanska, too, is now looking at ways of using AI to analyze data coming from building management, parking and access control systems employed in the company’s office buildings, revealed innovation manager Anna Tryfon-Bojarska. “We see need programming and are not capable of fully autonomous action. Yet even with such limitations, they are already exerting a major impact. AI can mean many different things, but if one thinks of sophisticated task-oriented applications then its presence is clearly growing, especially in new assets“, said Tomasz Buda, a senior business analyst and database architect, corporate finance and valuation, at Savills.

The area of property management, where the latest software enables owners to make cost savings, is a good case in point.

Solutions have appeared that allow for the reduction of energy costs through realtime monitoring and adjustment of energy consumption. Applications using AI help to save both time and money, argued Krzysztof Mogielski, associate director, digital transformation, at CBRE. He added that his company mostly takes advantage of AI-based solutions while analyzing data.

Developer Skanska, too, is now looking at ways of using AI to analyze data coming from building management, parking and access control systems employed in the company’s office buildings, revealed innovation manager Anna Tryfon-Bojarska. “We see a lot of potential in artificial intelligence,” she said, adding that AI will make the work of facility and property managers more efficient. Skanska and Microsoft have recently signed a cooperation agreement regarding the use of PropTech, including AI technologies.

In the warehouse property sector, buildings are already being equipped with AI-based solutions that allow for the optimization of logistics processes. This is about choosing the most efficient ways of storing and packing items, as well as planning the best shipment routes. Robert Dobrzycki, CEO Europe at industrial space developer Panattoni Europe, pointed to one of his company’s most important clients – Amazon – as a prime example. The e-commerce giant uses robots and other automatic equipment in its distribution centers.

The employment of AI-based technologies is still at an early stage, but as confidence in AI capabilities grows, the impact of artificial intelligence will inevitably continue to rise, Buda argued. “In fact, there are no limits to what can be achieved,” he claimed. In his opinion, we will reach the moment in real estate when AI is able to make autonomous decisions based on collected data. “This will improve or replace the current standards, which have been in place for years,” Buda maintained. 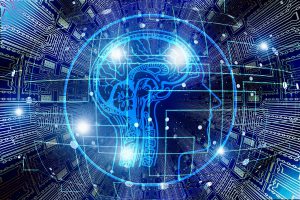 The digitalization and contextualization of all documentation will translate into obtaining valuable data that will help with asset management. Additionally, the ongoing development of the Internet of Things means that more and more data will be available in the future. Of a similar opinion was Mogielski, who predicts that in the future AI will be able to create comprehensive reports on the development of the commercial property market by analyzing archives, information available on the internet and pictures provided by drones.

Decision-making processes will change, with AI able to reduce uncertainty and the cost of prediction. Paillet pointed out that AI technologies mean subjective assessments are replaced by actual data and insights, resulting in sound, property-specific decisions. As a result of this improvement, more risks can be taken at less risk. Yet, as Paillet noted, humans will not be removed from the picture altogether. “As the cost of prediction falls, the value of judgment will go up,” she said.

According to Buda, artificial intelligence will also support investors by helping them recognize patterns and predict trends. New technologies will point to emerging investment opportunities and create new business models. There are already AI platforms that allow customers to locate deals and rank properties in terms of their development potential. AI technologies also make it possible to estimate the anticipated return on investment of a particular property.

How will all of this influence capital markets and investment volumes? In previous years, CEEQA focused on such phenomena as the massive inflow of new capital into the CEE/SEE region and the unique, extended length of the current investment cycle. As new technologies are expected to translate into a faster processing of deals and a better understanding of investment opportunities, could AI become part of this bigger macroeconomic picture? Investors could arguably be some of the main beneficiaries of its growth.

At the moment, such questions are still difficult to answer. As much there are forecasts envisioning a very quick adoption of AI solutions across CEE/SEE, some experts see them as unrealistic, pointing to the different levels of development in the region’s countries. Besides, compared with a number of other industries – including banking – which reacted to the technological revolution early on, the commercial real estate market (or at least some of it) has been embracing AI-based solutions rather slowly. 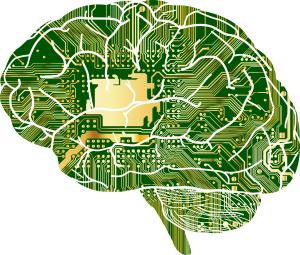 “Commercial real estate has historically lagged behind other industries when it comes to incorporating advanced technology into everyday practices and has been considered as a traditional sector, but moving forward this may no longer be the case,” Paillet said. In Europe, the trend towards using artificial intelligence in the commercial real estate market is not yet as strong as it is in the US, with cost and know-how requirements constituting major entry barriers for many of the industry’s players.

However, many of the biggest real estate companies in the CEE/SEE region already invest significant sums in property technology, including in AI-related research. In many cases, this is done through supporting startups that offer innovative solutions for the property market. The reason for this is often real estate companies’ lack of sufficient technical competences needed for the implementation of AI solutions. Some of those companies have already begun to develop such competences internally, which bodes well for the future, Mogielski said.

Another problem is the strongly individualistic approaches of some of the market’s players, who have been focused on devising unique solutions rather than on using widely accepted standards. This has been an obstacle when it comes to obtaining comparable information. The implementation of AI technologies in commercial real estate is, therefore, still encountering difficulties. The limited availability of standardized data remains a major hindrance. “The transparency of data is also an issue,” Buda said.

According to Paillet, the situation will improve with time as demand for real-time information from all ends of the industry – investors, landlords, occupiers and brokers – grows and the market continues to be defined by intense competition. Admittedly, the growth of AI will continue to arouse controversy and pose serious dilemmas for the entire real estate industry, ranging from concerns of an ethical and moral nature to very practical issues such as job security.

“It should be clear that all services, including those that we have long regarded as the preserve of established professions, will be affected by AI, which will bring fundamental changes in the way that the expertise of specialists is available to the rest of society,” Paillet said. Also, there is the question of the credibility of AI technologies. As in the future such technologies will not be directly supervised by people but will rather be autonomous in their execution of most tasks, spotting mistakes will be very difficult, Mogielski admitted.

Perhaps in the years to come, as we learn to live with the inevitable changes brought about by the development of artificial intelligence, such fears will be allayed. Unless, of course, things get out of control and we find ourselves overpowered by the technologies we have created. The most pessimistic scenarios envision a future world ruled by superior machines with humans reduced to an auxiliary, if not a slave-like status. If that were to happen, though, who would care about commercial real estate anymore?