Pop icon and Grammy winner Gloria Gaynor spellbinds 650 gala guests with fitting and apt classic hit, “I WILL SURVIVE” as the unique entertainment and business mix makes a stirring come back. 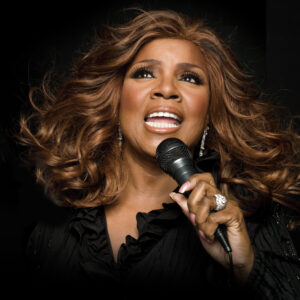 Released at the break of the disco scene in 1978 initially as a B-side track, despite Gaynor’s insistence the song would be a hit for her album Love Tracks, it rapidly became the go-to dance floor and radio soundtrack globally through the 80s and beyond, and has regularly been voted one of the greatest songs of all time. Achieving platinum global sales, it became a powerful LGBTQ empowerment anthem in the AIDS-ridden 90s, a feminine rights anthem, a broken love anthem for millions (possibly billions), and more recently the anthem of the French football team.

While she is best known for I WILL SURVIVE, Gloria has enjoyed consistent success through five decades following her 1975 breakthrough covers of Never Can Say Goodbye and Reach Out, I’ll Be There, In January 2020 she won her second Grammy Award in her career, 40 years after her first, for her roots gospel album Testimony, and in 2021 she returned to disco music when she recorded “Can’t Stop Writing Songs About You” with Australian singer Kylie Minogue.

If you haven’t booked your place yet, now is the time to Book Tickets!

Way back when, Gloria Gaynor at CEEQA@Mipim in 2012 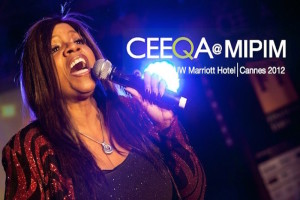 We have history with Gloria. CEEQA guests at the CEEQA@Mipim party in 2012 were treated to a wonderful live-to-track show at the JW Marriott hotel in Cannes.

This time it’s the real deal, full band live show, don’t miss it for the world!

We are hugely honoured – and grateful – to be hosting this important concert by the global icon that is Gloria Gaynor for the benefit of this year’s CEEQA Gala guests. The show was planned for the 2020 edition of the event, and we all know what happened next. We’re grateful because, despite the demise of agreements and force majeure concerns, Gloria and her manager Stephanie Gold never budged from their commitment to honour the agreement and perform at CEEQA whatever the contracts said, if we could survive the pandemic.

Thank you Gloria and Stephanie.

The Monika and Richard – and Svetlana! – show 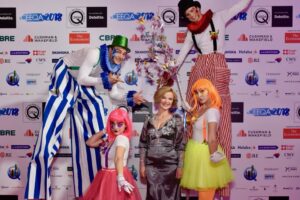 Monika Richardson is deep within the fabric and history of CEEQA.

Monika has presided over Gala award ceremony presentations, as well as the fabled Jury Dinner at which the final award decisions are made the night before the Gala, since 2006 – the third edition of the event. She also presented and moderated the CEEQA@Mipim insight summits and cocktails from 2012-2017. 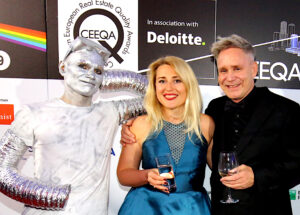 Her input hasn’t stopped there, she has also been a stalwart advisor on myriad issues and contacts that have driven CEEQA forward as a world class showcase for the CEE property sector.

This year she will be joined by her long time accomplice on stage, CEEQA founder Richard Hallward, as well as CEEQA’s new CEO and partner, a well-known presence among senior players on the market for her work at GRI, Svetlana Fedosova.

Anyone who knows CEEQA knows we’re not a one-act show. The most important part of the CEE property sector’s showcase annual gathering, making it’s big come back after a near-death pandemic experience, is the elite black tie dinner and industry awards presentation for the best buildings, companies and industry professionals across 18 countries in Central & Eastern Europe and Southeast Europe. 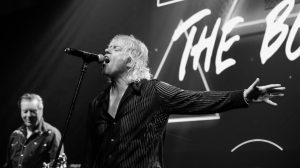 The track record of world class live entertainment at CEEQA has included the likes of Boomtown Rats, Morcheeba, Macy Gray, Bonnie Tyler, Kim Wilde, Bananarama and Hot Chocolate across the 19 years of its presence on the market. We have a strong hunch this year will live long in the memories of Gala guests.

Further entertainment announcements will follow soon, but anyone who knows CEEQA knows there will be the usual eye-popping and feet-tapping mix of live performers, DJs, visual magic, extraordinary features and bars, unbelievable catering, the legendary no-limits CEEQA afterparty (and after-after-parties across town), and of course our regular mime troupe Mimello providing colour and life as well as their most important job of shepherding guests to their preferred destinations. Every detail counts.

Join us for the Gala of a lifetime, book now to avoid disappointment.