A vital part of rebooting CEEQA post-pandemic was the reconvening and refocusing of the Jury that was in place in March 2020 ready to judge. The task was achieved and the judging executed with the usual efficiency and integrity, oversee by Deloitte.

Jurors deliberated long into the night following a security briefing by NATO and WMD control insider William Alberque. There were some tough decisions, some votes retaken after further consideration, with the right results arrived at at the end. The winners were announced at the 2022 CEEQA Gala the following evening, the sector’s highly anticipated reboot after a destructive pandemic. 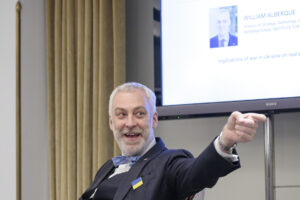 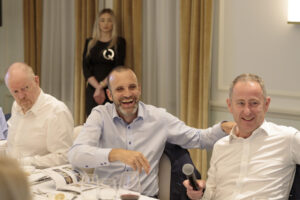 The two year break since the onset of the pandemic meant the 2022 jury were tasked with judging the best buildings, companies and industry professionals of the previous calendar year, as well as a set of Resilience Awards for outstanding performances during the pandemic period in 2020.

Hosted by leading Polish broadcaster Monika Richardson, whose moderating expertise ensures efficient and effective execution of the jury’s work, the gathering is also known for being relaxed and entertaining, with the highest quality hospitality.

The meeting over dinner is preceded by a cocktail reception, and the dinner is followed by a relaxed drinks.