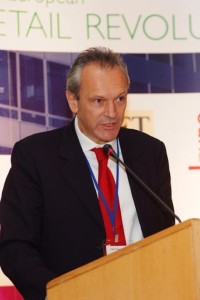 The credit crunch and green design were the twin focus as more than 100 of the sector’s top professionals gathered in Bucharest to hear Edgar Rosenmayr, Chief Investment Officer of one of the leading investors in the region and veteran of the EBRD, predict a squeeze in financing for secondary city investments and also retail projects in the “new” markets of Bucharest and Kiev directly as a direct result of the transatlantic credit crunch. And while another major investor Doris Schumacher (now Pittlinger), European Fund Management head at Invesco Real Estate, was more cautious on the impact of the credit crunch, she also predicted pain in what she described as the “already over-invested” segments of the market.

In his presentation looking at the effects of Global Financial Market Volatility on the CEE and SEE markets, Rosenmayr echoed the IMF’s recent World Economic Outlook analysis warning that the economies of Eastern Europe are vulnerable to a reversal of the surge of private capital and that markets will move to re-price credit and equity risk.

“While the crisis was not initially connected to emerging market economic fundamentals,” Rosenmayr argued, “there is certainly a risk that it could have an impact in these markets, particularly in secondary cities and the sector’s frontier markets.” 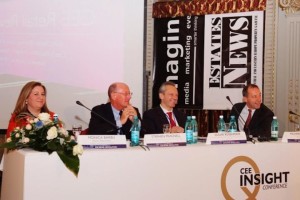 However Rosenmayr concurred with the view of Dieter Knittel, a senior banker with Hypo Real Estate, and Jones Lang LaSalle’s European retail expert Richard Bloxam, that any resulting turbulence would be followed by a “soft landing” in most of the national markets and that some of the impact may already be factored into the price of money in these markets – apart from areas of extremely high risk such as Kazakhstan whose investment market is imploding as a result. Other participants including Richard Petersen of Cushman & Wakefield and Mark Rea of Gardiner & Theobald spoke of a “welcome correction” in a market where in the immediate term areas of concentrated investment such as Bucharest, with up to 20 new schemes pipelined to complete by 2010, will probably experience some causalities.

Green is the New Gold 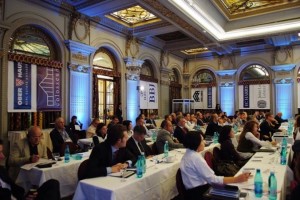 Another highlight of the event was a discussion on the rise of eco-sustainability and urban regeneration as core development objectives, triggered by a case study of multi-award winning multifunctional project Manufaktura in Lodz, Poland by Stephen Pragnell of Apsys, the project’s developer. The conference chair David Dixon of lawyer Chadbourne & Parke drew attention to imminent EU directives and also measures in Poland that sought to enforce energy efficient buildings but criticized them as rushed and ill-thought out, while CEO of the monolithic Baneasa City project in Bucharest, Mike Lloyd, suggested that an approach focused on incentivising rather than taxing developers into action would be more effective. 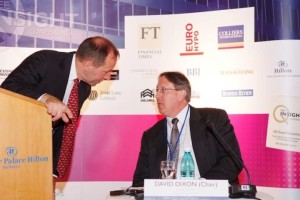 Green also took centre stage with the announcement of a new CEE Green Initiative Award sponsored by Colliers International among three new awards in the announcement at the event of the award categories for the CEE Real Estate Quality Awards, the sector’s major annual industry awards organised in association with the Financial Times and sector magazine Estates News. Another new award for CEE Architect of the Year sponsored by Hypo Real Estate and a separate award for Hotel & Leisure Development of the Year (previously coupled with retail) sponsored by Aareal Bank were also indicative of shifts of focus in the market. 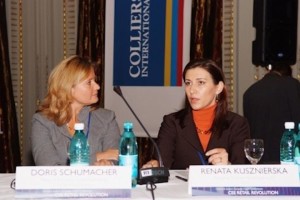 Commenting on the announcement of the awards Richard Hallward, CEEQA Managing Director, said.

“There is always a lot of anticipation around these awards as each year we look to make adjustments in accordance with important trends and market concentrations. The awards are nominated and judged by industry peers and therefore have a lot of value for the winners, and each year the job of the jury gets harder as investment across the region increases and the standards get higher.” 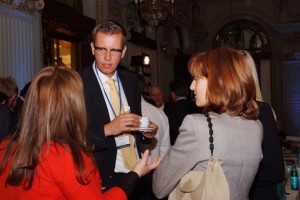 “We are moving into a time where paying lip-service to green issues is no longer enough, with recent advances in materials and methods there are already examples where green approaches can actually improve the bottom line. There will surely come a time when zero carbon emissions are a prerequisite of a project or scheme, and with this market still at a relatively early stage in its growth we have an opportunity to take a European if not global lead on this – to the benefit of investors in the long term.”