It’s not often that a single individual comes to exert a level of grip and influence on a market place as to dominate and, in some ways, define it. 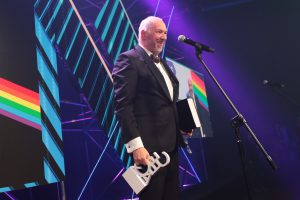 Pawel Debowski of Dentons received a standing ovation at the 2019 CEEQA Gala as he joined a select band of real estate leaders and entrepreneurial empire builders of global and regional stature to receive the “New Europe” property sector’s highest industry accolade.

The highlight of the awards ceremony and gala dinner and flagship annual gathering for the CEE/SEE property markets, the presentation of the the sector’s highest accolade was led by Maciek Krason, representing CEEQA’s lead partner Deloitte, and Steven Shone, Debowski’s self-acknowledged “mentor” during his time at law firm CMS. The ceremony at the 2019 CEEQA Gala, attended by nearly 900 industry insiders from more than 50 countries, was hosted by leading Polish broadcaster Monika Zamachowska and CEEQA founder Richard Hallward. 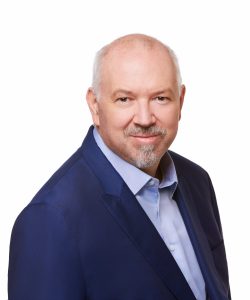 On paper a highly ranked corporate M&A and real estate lawyer and a Partner and Chairman of European Real Estate at international law firm, Dentons, his role in the industry extends far beyond that description and few who really know and understand the sector would dispute that, today, he is the most influential figure in the CEE real estate market place, and probably its single most influential figure overall since the fall of the Iron Curtain in 1989. A towering force, his contribution to the development of the trajectory of the commercial real estate sector in his home country and beyond is immeasurable.

Debowski’s contribution to the development of the trajectory of the commercial real estate sector in his home country and beyond is immeasurable and he joins a select band of entrepreneurial empire builders of global and regional stature to receive the “New Europe” property sector’s highest industry accolade. 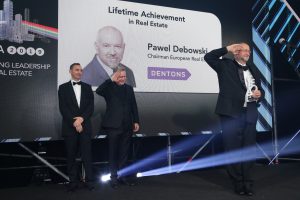 Organised in association with Deloitte, the CEEQA awards are for business leadership and achievement in commercial real estate across 18 countries in Central & Eastern Europe and Southeast Europe, the international marketing partner is The Economist. The 16th edition of the sector’s most trusted awards will recognise the best buildings, companies and industry professionals of the year at the CEEQA Gala, the sector’s main annual gathering and flagship event attended by 900 business leaders and decision makers from more than 50 countries, and one of the most valued events in European real estate.

The award for Lifetime Achievement in Real Estate is the highlight award of the year, given to an inspirational leader who has made a transformative and durable contribution to the “New Europe” property sector in their own right. Past winners of the award have included illustrious industry figures such as Eugene Golub of Golub & Co, Cor Zadelhoff of DTZ, Carl Panattoni of Panattoni, Otto Werner of ECE Projektmanagement, Sandor Demjan of Trigranit, Paul Gheysens of Ghelamco and Gordon Black of Heitman, as well as locally born leaders David Mitzner of Apollo Rida and Radim Passer of Passerinvest Group.

The road to freedom

Heavily engaged in structuring investments in the early days of the free market economy following Poland’s entry into the international capital markets post-communism, Debowski is now the longest-practicing, most experienced and most in-demand property lawyer in Poland. He is equally at home in the office, retail, logistics and hotel sectors  and is the unquestioned legal leader in the industry, with his name appearing on almost every truly major transaction on the Polish commercial real estate market, which – to put it in context – included in 2018 around circa 60% of real estate transaction volume in Poland, the sector’s largest country market. 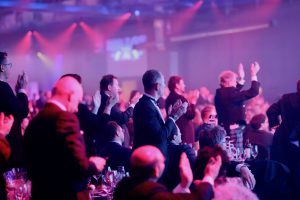 He also leads the most dominant and influential legal team in the region, advising institutional clients and major international companies operating across Central & Eastern Europe including investors, developers, lenders and construction companies. He’s the only real estate lawyer that Chambers Europe ranks a “Star” in Poland real estate and is also ranked in Band 1 in CEE, as well as leader of a top ranked real estate team. Leading Polish daily newspaper Rzeczpospolita and the Polish Association of Employers in the Legal Sector recently named him “Lawyer of the 30 Years of Polish Transformation”, having listed him and his practice as the sector’s leading law firm for multiple years. 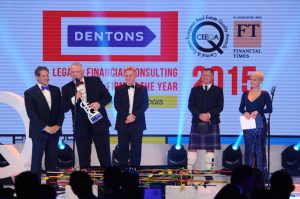 The extraordinary aspect of this is that, under the flags of a succession of global, blue chip corporate legal corporations including Arthur Anderson, Nabarro Nathanson, CMS, Clifford Chance and Salans (now Dentons), he has built not just a formidable and unrivalled team, but also a business network and degree of influence in the sector that is unique. Dentons is the dominant legal firm in the sector today, but a team headed by Pawel Debowski has won CEEQA‘s “Legal & Financial Firm of the Year” award 13 times in the 15 years since its inception up to 2019, the current winning streak standing at eight years in a row. He is also the only individual in the sector to have won CEEQA’s “Industry Professional of the Year” award twice.

To have achieved this as a locally born and trained legal advisor, in a market place as multi-national and internationally structured as the emerging Europe real estate sector, among a roll call of international brands and reputations, is worthy of very high recognition. But to have achieved this from within – while at the same time reputationally superseding – a series of blue chip international corporate structures along the way, is a completely unusual and extraordinary achievement and entirely worthy of the stature of the award. 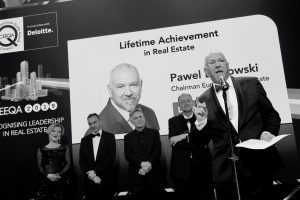 The organisers are delighted and proud to welcome Pawel Debowski to the stable of CEEQA Lifetime Achievement winners, and look forward to presenting the award on 15thMay at the CEEQA Gala.

“I am humbled by this recognition by my professional peers, and to be invited to join this group of immensely successful and influential figures for doing a job I simply enjoy in a business environment I have a passion for, leading a team of which I can be really proud and grateful.”

“The rebuilding of the built and commercial infrastructure of Central & Eastern Europe post-communism has been, and continues to be, one of the greatest economic stories in European history. Pawel Debowski is at the centre of that story and it is time to salute him as the single most engaged and influential force, and figure, in the history of the CEE real estate market place. We are honoured to do so.” 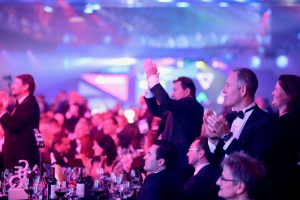 The CEEQA Gala is renowned as one of the major calendar dates in European and global real estate for its unique blend of elite business, unparalleled hospitality and world class entertainment. Leading the entertainment highlights at this year’s CEEQA Gala will be the iconic “New Wave” band The Boomtown Rats including its arguably even more iconic frontman, Bob Geldof.