MORCHEEBA is one of the great UK bands at the forefront of the trip-hop genre rising to prominence in the mid-nineties, touring the world and selling over 10 million albums across two decades including the hit album “Big Calm” and mainstream chart success with singles “The Sea“, “World Looking In“ and “Rome Wasn’t Built in a Day“. Skye has one of the most recognisable voices on the planet and hearing her smooth and effortless tone teamed with Ross’ psychedelic guitar is an unforgettable, spellbinding experience. 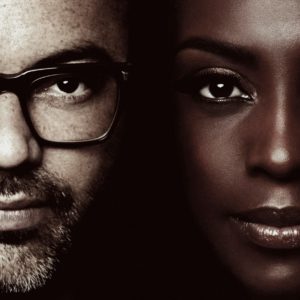 The band has just produced its ninth album and is currently touring China., from where they will be flying directly to perform live at this year’s CEEQA Gala.

“20 years in, it’s never taken us longer to tour the world,” says singer Skye Edwards. “We’re still finding fans in places we’ve never played before, who’ve waited all this time to see us, or fans who’ve only recently discovered our music through streaming. It’s amazing.”

Morcheeba’s global success is no surprise. Being one of the first Western acts to tour China, their melting pot sound has been border-hopping ever since the London-based band emerged from the mid-’90s trip hop scene that made them household names at home. Several line-up changes later and the departure of DJ/producer Paul Godfrey in 2014 – Morcheeba have never been busier or more in tune with the times.

Blaze Away, their positivity-packed ninth album, marks both a fresh start in its organic approach and a return to the joyous genre-mashing of their early days. There was no template for its ten, extraordinary, future-facing songs, no self-imposed limits on style, no themes to be adhered to or rules in place to break.

“Touring so much and seeing what works for us on stage, all around the world, gave us the confidence to experiment,” says multi-instrumentalist Ross Godfrey, now also the duo’s producer.

Last year’s Gala guests were treated to an unforgettable live show by the legendary Macy Gray and global acts in recent years have included Bonnie Tyler, Kim Wilde, Hot Chocolate, Bananarama and Sister Sledge.  We look forward to welcoming MORCHEEBA this year an guests can prepare themselves for something really special.