Amid the South African investment invasion the past couple of years, this year’s CEEQA Gala guests were treated to a motivational talk by a sporting great on on the ingredients of success, drawing parallels between achieving excellence in sport and in business. 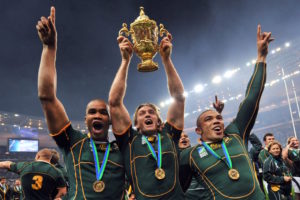 Celebrated for the accuracy of his left boot and his electric pace, Percy Montgomery was the first player in South African rugby history to play 100 Test matches for the national “Springbok” team and a decade after his retirement still holds the record for the most points scored by a Springbok player. A true legend of the game, he was a Rugby World Cup winner for the national team in 2007 among a host of international and provincial rugby honours and more than 60 playing records set over a 12 year first class rugby career. 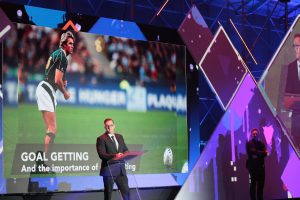 “Monty” is among the most revered Springbok players in the professional era and also recognised as one of the best outside backs to have played the game. A product of South Africa’s oldest school (SACS), he always excelled in sport and represented South African schools at rugby and water polo during his teens. He was a young star for provincial rugby team Western Province before making his debut for the Springboks in 1997 against the British & Irish Lions. 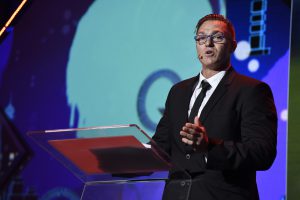 In a glittering provincial playing career with Western Province, the Stormers and the Sharks, he won Currie Cup honours in 1997, 2000 and 2001, also enjoying stints in European club rugby for Newport in Wales and Perpignan in France either side of his 2007 World Cup success. At international level he represented the world famous British & Irish Barbarians on numerous occasions.

However his greatest achievements were in a Springbok shirt, playing a leading role in famous victories against the New Zealand All Blacks in Wellington in 1998 and in Dunedin in 2008, as well as Tri Nations tournament honours in 1998 and 2004. He was in the 1999 Springbok team that clinched third place in the World Cup with victory against All Blacks.

Montgomery is best known for kicking the Springboks to World Cup glory, scoring 12 of the team’s 15 points in beating England for the 2007 Rugby World Cup in Paris with four kicks out of four, the leading points scorer for the tournament and the only goal kicker at the tournament to average in excess of 80 percent as a strike rate. 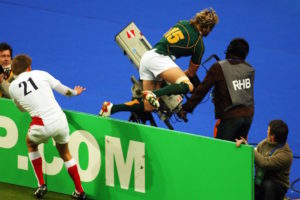 He also showed incredible bravery to play the last 45 minutes of the World Cup with torn knee ligaments and kicked six of the 12 points with just one functional knee, . He returned to South Africa after the World Cup and in 2008 he completed his 102 Test career with victory against Australia in Johannesburg.

He has proved as successful and committed post-retirement, regularly involved in charity exhibition events linked to various sporting codes. He was included in the Springboks squad as the kicking coach between 2009 and the completion of the 2011 World Cup in New Zealand. In 2017, won the inaugural Lifesaving South Africa Celebrity Challenge and is also assisting the efforts of Princess Charlene of Monaco’s Foundation, which focuses on water safety and education in the fight against drownings. 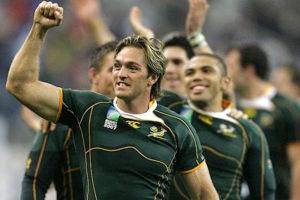 The longevity of Montgomery’s career is down to the dedication, application, sacrifice, integrity and perseverance he demonstrated in the pursuit of excellence and achieving professional and life goals. He has something to say to all of us about setting goals and achieving them, we salute him and welcome him to the CEEQA Gala.