HomeStand with our regional and sector partner Ukraine

Stand with our regional and sector partner Ukraine

Is now the time to STAND WITH UKRAINE and start planning and preparing for its  post-war rebuilding? 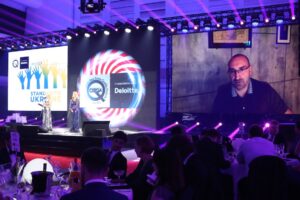 This was the question posed to jurors at this year’s jury dinner, and to CEEQA Gala guests, with live connection to CEEQA veteran juror and participant, Maksym Gavryushyn, COO of Budhouse Group, one of Ukraine’s leading developers, in Kyiv. Invited onto this year’s CEEQA Jury before the war broke out, Gavryushyn played his full role in the judging of 2022 entries while attending to his war duties protecting Kyiv’s commercial infrastructure.

Damage and destruction, the path back

Among the things discussed with Gavryushyn were the scale of the damage and cost of repairs to commercial infrastructure, the daily fear and regular loss of life involved in the ongoing war against the senseless Russian invasion, and what signal is sent to Russia and to international investors by the recent EU decision to grant Ukraine “Candidate Status” along with the accession of Sweden, Finland and Turkey. Gavryushyn explained that the road to this point had been long, and the road ahead is long, but the signal is clear: 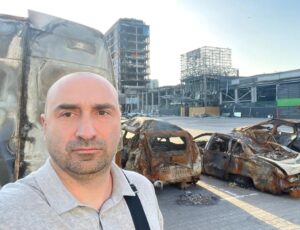 Ukraine is part of Europe not a vassal state of Russia, a fact cemented by the EU Candidate Status decision which can only bode well for the rebuilding of Ukraine and the opportunities for international investors.

“Even beyond damaged and destroyed commercial infrastructure,” said Gavryushyn, and despite the growth over the past two decades, Ukraine still has very low class A shopping, office, industrial and leisure facilities compared with countries in the West. This is a clear opportunity for the future, and EU membership will provide investors with the greater security of investment protections and reliability.” 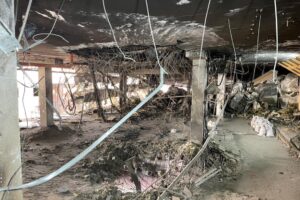 In the mix, Nikolsky mall in Kharkiv

Among four Ukrainian projects nominated for the 2022 edition of the awards, Budhouse Group’s own Nikolsky mall in Kharkiv – severely damaged by a missile shortly after the war began in February 2022 – fared best. The state of the art mall received the highest average score among all jurors, coming in a clear second to Capital Park’s Norblin development in Warsaw. 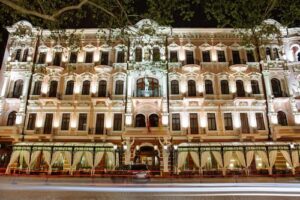 Numerous awards have been won by Ukrainian projects and companies across the 17 years of CEEQA and many Ukraine based professionals have participated on the CEEQA Jury, and attended CEEQA events including the gala. In recent years Hilton Hotel in Kyiv, Hotel Bristol in Odessa and Multi Forum in Lviv has been between the winners of the significant CEEQA awards. 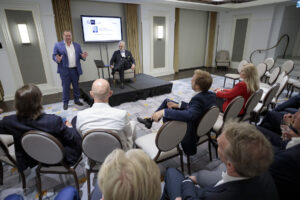 Join the fight – ahead of the curve 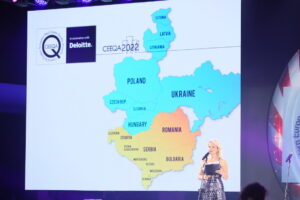 With many in the sector already doing more than their part to assist in the refugee influx into Poland and other countries across the CEE and SEE region, the question of what our sector can bring to the rebuilding of Ukraine – and when – is the next issue to address.

In addition we will follow up its work excavating the situation in Ukraine and consult widely with sector leaders on what further positive action we and the sector can do to support Ukraine, ahead of the question of rebuilding following Russia’s attempted invasion.

We encourage the CEEQA community of sector leaders to use now the time to think, plan for positive action we and the sector can do to support Ukraine and the rebuild of this important partner of Europe.

Please contact us directly to facilitate and we will help in any way we can, or if you have an idea of how we can all work together and separately to help.