Carl Panattoni, the founder, owner and Chairman of Panattoni Development Company and numerous business entities under the Panattoni brand, including Panattoni Construction and Panattoni Europe, is the winner of the 2011 CEEQA award for Lifetime Achievement in Real Estate.

The award, sponsored by the Financial Times, will be presented at the annual CEEQA industry awards gala at the Warsaw Marriott Hotel on 1st March. It is given each year to an inspirational industry leader who has made a significant and durable contribution to the real estate business and to the emerging Europe real estate investment sector.

Following an early career in law, Carl Panattoni quickly established himself as a talented commercial real estate developer. In 1978 he helped form Panattoni, Oates and Massie Development Company. With an initial capitalization of $400k, over the next 8 years, Carl successfully developed more than 558k square metres of industrial and office real estate creating over $50m of net value for the ownership group. He also personally executed the largest developer-owned industrial tenant transaction in Northern California history at that time. 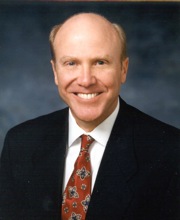 Since establishing his own company in 1986, Panattoni has developed more than 14 million square metres of industrial and office space on both sides of the Atlantic and is one of the largest developers of build-to-suit warehousing in the United States. Today the Panattoni group of companies remain privately owned and employ more than 295 people in North America and Europe.

The company’s entry into the emerging Europe market over the past five years has been robust and decisive. Quickly establishing itself as an important market presence in Poland, under the stewardship of regional director Robert Dobrzycki the company has successfully followed a strategy of expanding into other central European markets while achieving the position of clear market leader in Poland, the region’s most important market.

In 2010 Panattoni Europe developed more than 233k square metres of new warehouse space, having altogether 300k square metres under development, with the lowest vacancy rate across all assets at less than 2%. The company has received numerous business awards for industrial real estate in 2009 and 2010 including last year’s CEEQA awards for Industrial Development of the Year (Panattoni Park Myslowice) and Industry Professional of the Year (Robert Dobrzycki, Managing Partner Central & Eastern Europe).

“It is always an honor to receive positive and prestigious recognition from your peers. However, it is not a recognition of one person’s contribution but honors the entire organization, particularly our team in Central Europe. This region is an important and vibrant marketplace with a great deal of potential. We hope to continue to make a strong contribution here in the future.”

“The award is deserved recognition not just for the size of Mr. Panattoni’s achievements in more than thirty five years in the sector, but the pace and manner in which they’ve been achieved. We are delighted that someone of his stature has accepted the award and agreed to attend this year’s CEEQA Gala.”