Hadley Dean follows in the footsteps of “sector greats” that have won the prestigious CEEQA. He has been successfully operating in Poland and across the CEE and SEE markets for over 20 years, where he is recognised for growing businesses and consistently outperforming the market place.

A lifetime of achievement 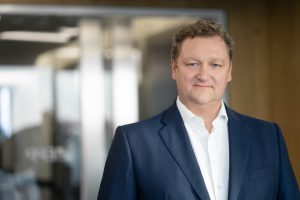 The award for Lifetime Achievement in Real Estate is the highlight award of the sector year, given to an inspirational industry leader that have made a transformative and durable contribution to the “New Europe” property sector in their own right.

Past winners of the award have included illustrious industry figures such as Eugene Golub of Golub & Co, Cor Zadelhoff of DTZ, Carl Panattoni of Panattoni, Otto Werner of ECE Projektmanagement, Sandor Demjan of Trigranit, Paul Gheysens of Ghelamco and Gordon Black of Heitman, as well as locally born leaders David Mitzner of Apollo Rida, Radim Passer of Passerinvest Group and Pawel Debowski of Dentons.

CEEQA is the main annual industry awards for leadership in commercial real estate investment spanning 18 countries in the Central & Eastern Europe and Southeast Europe. The CEEQA Gala is the sector’s flagship annual gathering attended by 900 business leaders and decisions makers from more than 50 countries engaged in the sector and is one of the top tier real estate business events in Europe.

As a motivator, team builder, thought leader and ring master the recipient of this year’s CEEQA Lifetime Achievement in Real Estate award has had few peers in the CEE, SEE and wider East European real estate markets over the past 20 years.

Most recently as the founding CEO of EPP, Poland’s largest owner of shopping centres, the company grew from 2 to 220 employees, from 9 to 29 shopping centers and a Euro value of 1.2 to 2.6 billion and became an important international ambassador for Poland’s investment story, attracting hundreds of millions in equity. The company is now the largest owner of retail real estate in Poland in terms of GLA. Under Hadley’s leadership the company went public where it became the best performing stock in its sector on the Johannesburg stock exchange 2018 and outperformed all listed European competitors 2016-19.

Prior to EPP, Hadley spent 14 years with Colliers International. Starting as Managing Partner Poland he was a pioneer of “tenant rep” in Poland. He also successfully attracted and developed some of the best talent in the industry, many of whom remain with the company today, and took the company from revenues of 200k USD to 10 million USD in the first five years. In 2011 he became Managing Partner for Eastern Europe where he oversaw 12 countries, 16 offices, and 750 people. The size of the business doubled under his oversight achieving a market leading position across the region.

The rebuilding of post-communist Central & Eastern Europe has been one of the most important economic stories in European history and anyone who has been engaged and involved in this story will tell you it has been a train ride like no other. One of Hadley’s great strengths has been to sniff out upcoming trends and megatrends and take advocacy leadership of them with an eye on the benefit to the sector, and therefore to his company, getting behind the wheel of the train and pointing the direction. A gift for the long-sighted business play not everyone can master, or even see.

His leadership of issues from the business case for green building to smart offices and co-working, the digital revolution and e-commerce and, most recently, the wall of capital from USA, Asia and South Africa, outlining and actioning their impact and implications for commercial real estate investment and for the sector, has been second to none. In this area he has been a stalwart ally and guiding force of CEEQA’s own “Insight” programme, and of the concept and progress of CEEQA itself as a high integrity industry awards platform showcasing the sector to global investors.

Behind this success has been the belief that “when you create a business atmosphere that is free of fear it encourages motivation, engagement, freedom of thought, innovation and results.” Hadley’s track record and reputation demonstrate the success of this philosophy which, when combined with an empowering style based on fairness and respect, delivers a culture of objective driven outperformance across international markets.

Despite having significant success in the commercial real estate market Hadley will tell you that his biggest challenge and success has been raising his five wonderful daughters with his wife, Johanna. The secret to success is prioritisation.

On being notified of the award, Hadley Dean said:

“This is a humbling and completely unexpected honour, as has been the opportunity to spend most of my professional career participating in and making a contribution to such an exciting, challenging and rewarding project as the rebuilding of Central & Eastern Europe after the fall of the iron curtain, and to have worked with so many talented and committed people.

It has become my home as much as my business playground, and to receive this recognition makes it even more rewarding and worthwhile, thank you.”

“There aren’t many people across the 18 country markets covered by CEEQA that have been as visibly driven and committed to championing and driving this market place forward as well as his own companies, nor as widely popular in the way he has gone about it both among the workforces he has led, and among the wider sector participants.

It also gives me enormous pleasure to be presenting this award so someone who has been such a tremendous supporter and ally of CEEQA and its vision from the outset, both front-of-house and behind the scenes. Congratulations to one of the undoubted heroes of this sector and its achievements.”

We are proud to salute you Hadley Dean, as the 17th recipient of the CEEQA Lifetime Achievement award.