The organizers of the CEE Real Estate Quality Awards are honoured to welcome Mr Cor van Zadelhoff to receive the 4th CEE Lifetime Achievement Award. This award is given to industry professionals who have made an outstanding and sustained impact on the development and growth of a private real estate investment sector in Central & Eastern Europe. 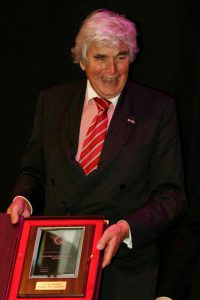 A key figure in European real estate for nearly four decades, in addition to his current role as Ambassador for DTZ International and consultant for DTZ in the Netherlands, Cor van Zadelhoff is a member of the supervisory board of Damien Shipyards, Reggeborgh Beheer and RABO Bouwfonds NV., real estate advisor to the board of the Dutch Railway, Dutch Airport Authorities and KPN (Royal Dutch Telecom). He is also chairman of his private investment group.

In 1978 he founded Zadelhoff Germany, and in 1990 embarked on an international joint venture between five European commercial real estate agencies to form DTZ (Debenham, Thorpe Zadelhoff). Since then the group has expanded both its European and global network to 200 offices in 40 countries with approx. 10,000 employees under the name DTZ Debenham Tie Leung. DTZ Debenham Tie Leung is one of the leading real estate agents and investment advisors active in the Central & Eastern Europe property market today.

In 2002 Cor van Zadelhoff was invested as Knight in the Order of Oranje Nassau with insignia and in 2005 he received the Silver Plaque of the City of Amsterdam as recognition for his various cultural, social and business efforts for Amsterdam.