The organisers and jury of the 7th annual CEE Real Estate Quality Awards are pleased to announce that Eli Alroy, the driving force and Chairman of the Supervisory Board of GTC [Globe Trade Centre SA], will be invited to receive the 2010 CEEQA Lifetime Achievement award for outstanding and durable contribution to Central & Eastern European real estate. 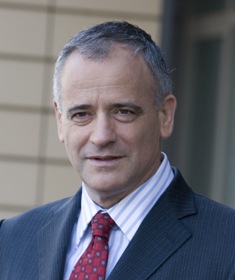 The award, sponsored by the Financial Times, will be presented on 3rd March at the 7th annual CEEQA Gala attended by 500 of the sector’s business leaders, including owners and directors of leading regional and international companies active in the sector. The award is the highlight of a total of 19 awards for the best real estate projects, companies and industry professionals active in the region in 2009. The winners of the remaining 18 awards are announced at the CEE property sector’s flagship industry awards gala.

A driving force of GTC

Eli Alroy was one of the first professionals in the real estate business in Poland. GTC’s first project, under Eli Alroy’s direction, was the Mokotów Business Park in Warsaw (1996).

Revitalizing this dilapidated post industrial area into the capital’s first modern office park required not only entrepreneurship but also a great deal of foresight and courage. At the time of its sale in December 2006 ($ 287m), Mokotów Business Park was the largest office park in Central and Eastern Europe comprising of nine buildings with the total rental area of 107,000 sqm.

With Alroy at the helm, GTC positioned itself as market leader, combining innovative trends with modern architectural concepts and project execution of the highest quality and standards. Alroy’s foresight and pioneering concepts, in conjunction with prudent and experienced management gave GTC boost it needed to become an authentic trendsetter on the real estate market. In 2004, the company made its debut on the main market of the Warsaw Stock Exchange and it shares have been continuously listed in the prestigious WIG20 index. GTC is also a member of international MSCI indexes and the GPR 250 index, which includes the shares of the 250 largest and most liquid companies in the real estate sector worldwide. GTC’s shareholders list includes the largest international and Polish institutional investors.

Alroy has played the leading role in the process of transforming GTC from a Polish orientated company into an international corporation and one of the leading developers in the CEE region. In the late nineties GTC started its expansion in Hungary and Romania followed by the Czech Republic, Serbia, Croatia, Slovakia, Bulgaria, Russia and Ukraine.

“This is an unexpected and treasured honour, to be recognised by my peers for doing something I enjoy. Central & Eastern Europe is a very exciting market place, and it’s a great privilege for all of us at GTC to be involved in a tangible transformation of the built environment and facilities, which are vital to future growth and prosperity.”