In 2015 we lost one of the most significant figures on the Central European business landscape post 1989 and an increasingly important figure in Central & Eastern European real estate. 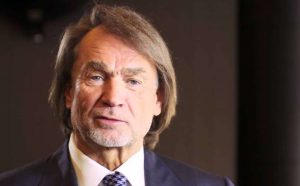 Hailing from a merchant family in Bydgoszcz in rural Poland, he studied law at the Adam Mickiewicz University of Poznan before embarking on a business career in the latter days of communism. With early support from his father Henryk, a substantial entrepreneur himself and with whom he helped build the Polish-American Inter-Kulpol company, one of the first commercial companies in post-communist Poland with operations in Berlin servicing Czechoslovakia, Bulgaria and Cuba including detergents crafted from Polish mushrooms and berries, Jan Kulczyk built his first fortune securing a Volkswagen concession for Poland and supplying cars to the Polish police and military in the 80s.

By the turn of the millennium Kulczyk had established himself as one of the most successful businessmen in Poland regularly listed by Forbes as Poland’s richest man, with interests in telecommunications, insurance, downstream petroleum and brewing among a wide range of industries under the Kulczyk Holding Group; which in 2007 was renamed Kulczyk Investments.

The old adage that all money finds its way into real estate eventually holds true for Kulczyk. He had dabbled with real estate with his father in the 70s assembling wooden cottages in West Berlin, and later some ad hoc investments in Warsaw including the office building in which Kulczyk Investments is located. But in 2010, the same year he founded the CEED Institute, a think-tank promoting the development of Central & Eastern Europe region, he co-founded Kulczyk Silverstein Properties with the renowned New York real estate tycoon Larry Silverstein, owner of the World Trade Center (now the Freedom Tower), to venture into commercial real estate development and investment at an institutional level.

Among other achievements, Kulczyk was the founder of the Polish Business Roundtable and Honorary Chairman of the German-Polish Chamber of Commerce, he was also the President of the Council for Supporting the Scientific Research at the Adam Mickiewicz University in Poznan. In 2012, he donated PLN 20m to the Museum of the History of Polish Jews to co-found its core exhibition, the largest one-time donation ever made in Poland.

Jan Kulczyk’s passing leaves a large hole in the Central & Eastern European business landscape and commercial property sector, We take this opportunity to salute his achievements and to hope that his legacy in the commercial real estate sector remains as important and durable as his achievements during an extraordinary lifetime.