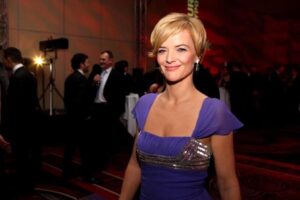 As CEEQA re-emerges from the shadow of the pandemic with the come-back CEEQA Gala at Wyscigi in Warsaw on 29 June, it will be the fourteenth time in 16 years our perennial anchor, popular Polish broadcaster Monika Richardson, has led the awards ceremony and Jury Dinner. She will be joined on stage this year by CEEQA’s new CEO, Svetlana Fedosova, and Chairman Richard Hallward.

Monika has been leading the line for precisely 13 years, greatly contributing to institutionalizing the importance of the event for the real estate sector and making herself a loved and admired fixture, some would say the face of the sector. 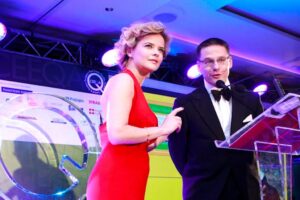 “Monika’s presence and professionalism has been one of our greatest assets over the period she’s been presenting CEEQA, helping to transform the Gala from a decent regional level event to an event of genuine European and global market stature,” said Richard Hallward, founding director of CEEQA.

A journalist and a TV show-host, Monika hosted one of the most popular talk-shows in the history of Public TV entitled “Free Europe” which ran for almost six years with a weekly viewership of six million people. She is fluent in English and Spanish and conducts media-training courses in both these languages. 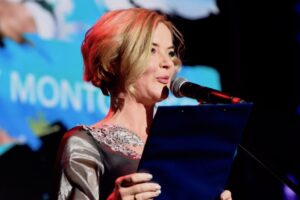 Monika has moderated several international conferences focusing on the Baltic Sea region for European authorities and several other organizations in Stockholm, Helsinki, Copenhagen and Gdańsk. She also moderates conferences on financial matters such as the European Financial Congress in Sopot (for the last five years), issues of European transport (TRA Conference 2016 at the National Stadium in Warsaw) and medical matters (EVIDAS Conference in Warsaw). She hosts corporate events, gala ceremonies and press conferences.

Her longest involvement with any programme hitherto has been with CEEQA. We are immensely grateful for Monika’s loyalty and dedication over the past 13 years, and proud that someone of her standing and professionalism has chosen to work with us. Long may it continue.