Making waves on the big stage 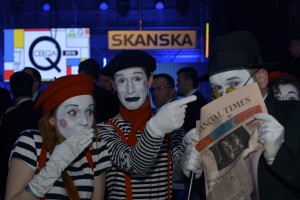 Following a dynamic year for the New Europe property sector − driven arguably by a magical conflux of international and regional trends driving a sharp upswing in project completions and acquisitions marked also by a steep rise in cross-border portfolio deals, combining to flush out crisis-clogged pipelines, not to mention a slew of corporate mergers & acquisitions, leaving everyone a little breathless but largely happy − we’re proud but not radically surprised to be able to report record participation and success across all areas of CEEQA, from awards entries and market insight output to feet on the dance floor. Phew.

The 2015 CEEQA awards and events cycle also enjoyed regional and international exposure supported by expanded regional and global publicity partnerships across the awards programme as well as four separate events: CEEQA@Mapic, CEEQA@Mipim, the Jury Dinner and 2015 CEEQA Gala, undoubtedly our most successful cycle of market events to date topped off with a historic live show by legendary soul funk Band Hot Chocolate at the Gala.

The calibre and international profile of the CEEQA Gala and its traction among industry leaders and insiders is central to the goal of showcasing the achievements and opportunities of the sector to the international investment arena. The twelfth edition of the event let no one down, drawing more than 700 company owners and leaders in the field that are actively engaged, or likely to be engaged at some point, in the project of building the future of New Europe; they did’t leave disappointed.

The biggest highlight of the year, and the gala itself, was a live video link-up with sector hero David Mitzner at his base in Houston on the occasion of his 100th birthday, including a moving standing birthday tribute by gala guests in Polish as well as English. 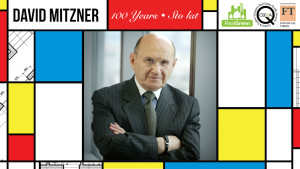 A previous winner of CEEQA’s Lifetime Achievement in Real Estate award, he was presented this year with a unique award for Double Lifetime Achievement, sponsored by the Financial Times. A typically fiery and uplifting acceptance speech was followed by presentation of the award, after which gala guests stood in unison and raised their glasses to one of the sector’s greatest heroes with the most extraordinary back story and sang a resounding and memorable Happy Birthday in English and Polish. Certainly one of CEEQA’s finest ever moments.

For a more detailed report including a snapshot of David’s extraordinary life story visit our David Mitzner Centenary page. 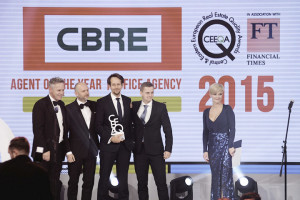 International advisors CBRE shone brightest with a hat trick of awards in the Property Management, Office Agency and Capital Markets categories, their first CEEQA awards since 2009. Other big winners on the night were first time CEEQA winners Griffin Real Estate, named overall Company of the Year as well as receiving the Rising Star Award, while industrial developer and also first time winner P3 Logistic Parks took the Investor of the Year category demonstrating at close one of the biggest trends triggered by the so called ‘wall of international capital‘, developers turning proxy investors to keep pace with the pace the opportunities.

Another first time winner HB Reavis were named Developer of the Year, while Monika Rajska-Wolinska of Colliers International Poland became the second woman to lift the award for Industry Professional of the Year. 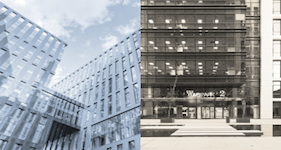 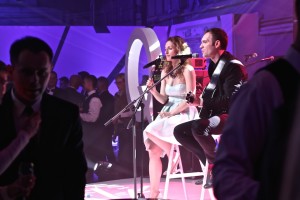 The sector’s main industry awards are for business achievement across 18 countries in Central & Eastern Europe and Southeast Europe and are organised each year by CEE Insight Forum in association with the Financial Times to recognise business excellence and to showcase the achievements and opportunities of the New Europe real estate sector to the regional and international investment arena. All aspects of the judging are rigorously supervised by globally trusted consultants Deloitte.

Prior to the Gala in March, the year’s four RealGreen awards for green building were presented at the CEEQA@Mipim New Europe Breakfast. In its fourth year, CEEQA@Mipim provides an important focal point for the sector at the Mipim global real estate fair in Cannes. For the third year in succession the Skanska Commercial Development Europe were named RealGreen Developer of the Year, the RealGreen Investor of the Year was Deutsche Asset & Wealth Management and the RealGreen Service Provider of the Year was Arcadis,while Portland Trust’s Floreasca Park project in Bucharest was named RealGreen Building of the Year. Floreasca Park also took this year’s overall Green Leadership Award at the Gala, cited for outstanding leadership in raising the certification of the building from BREEAM Very Good to BREEAM Excellent in the year following its completion, having lifted the title of joint Office Development of the Year and Building of the Year SEE in 2014.

Vital to CEEQA’s role and place in the market is the composition and function of the CEEQA Jury. Our gratitude to this year’s jury members for their time, knowledge, expertise and patience. Comprised of senior representatives of market leading companies, places on the jury are rotated each year among developers, investors, lenders, advisors and services providers, with five major international agents operating across the region retaining permanent seats on the jury: CBRE, Colliers International, Cushman & Wakefield, JLL and Knight Frank. 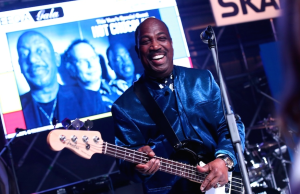 Legendary British soul funk band Hot Chocolate had more than 700 guests swaying in the aisles with a rally of their greatest hits, from Everyone’s a Winner, No Doubt About It and So You Win Again to their three-time global hit I Believe in Miracles (You Sexy Thing) and the live show was also given a pulsating opening by Polish dance company RED POP Dance Creator. Though it was with great sadness we heard that only a few weeks after the event the band’s founder and leader Errol Brown passed away.

The awards ceremony was serenaded once again by Wroclaw based Dziubek Band, other acts on the night included new Polish talents Kuba & Sabina, DJ Trent and resident pianist Albert Kurowski who has played at every CEEQA Gala since its inception. Gala guests raised nearly 20,000 euros for children’s charity Fundacja Dziecieca Fantazja.

This being her seventh year anchoring the CEEQA Gala and also playing a key role at CEEQA@Mipim each year, it is fitting that we give a special thanks to Monika Zamachowska (previously Monika Richardson) for her immense contribution to the professionalism and appeal of CEEQA. So much more than a common or garden celebrity presenter, an experienced journalist and broadcaster, Monika has worked closely with us at all levels of the operation over the years, and hopefully for many years to come. Some things change, some things are better remaining the same.

A 12 page FT-CEEQA Property Special Report tie-in with CEEQA was published by the Financial Times on the day of the CEEQA Gala in print and online, one of the highlights of the CEEQA programme, shining a global light on the key issues, trends, companies and people of the New Europe property sector. This year’s report looked at the increasing push into regional cities in the more mature Central Europe markets, both because of core city saturation in some segments and as a result of burgeoning BPO activity, as well as the emergence of the Romanian market as a serious investment target, and the recent re-emergence of Hungary – despite the backdrop of market unease about Ukraine situation and the economic effects of international sanctions against Russia.

The annual WBJ Observer-CEEQA pre-Gala Report provided an in depth review of the important trends affecting the market place addressed by CEEQA’s two insight summits at the recent Mapic and Mipim real estate fairs, as well as a round of past CEEQA Galas and plans for 2015. Both reports are available to download on the CEEQA website. 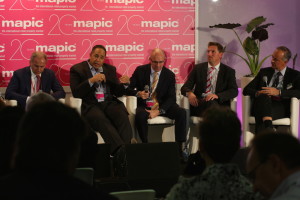 Our study in the previous year of the wider impact of the digital revolution on global and New Europe real estate led us inexorably in the 2014-15 campaign to an examination of two separate but converging trends at our CEEQA@Mapic and CEEQA@Mipim Insight Summits in Cannes, both delivering clear and imposing outputs for market participants. The first on the The Future of Fashion Retail at the Mapic retail real estate fair in November analysed how online fashion retail could be an important partner for retail landlords. With challenges major fashion retailers are facing servicing their e-retail platforms serving to drive their online customers back onto the shop floor, retail landlords could capitalise in various ways as long as the current mode for turnover rents can be adjusted to register footfall and even footflow success. 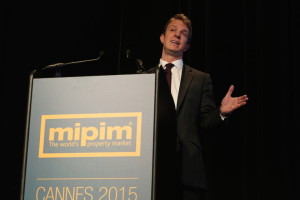 Either way, warehouse developers look set for a long term windfall as a forward shortfall of e-commerce distribution facilities across the region, and across Europe in general. An issue that took centre stage at the CEEQA@Mipim event which examined the basis and prognosis of the current Wall of Capital pouring into the region with industrial real estate – and developers themselves – a natural target in the context of the resulting forward demand, with BPO not far behind. A sea change for the markets, or a sugar fix?

Finally we say a big thank you to all our commercial, media and operational partners. In the genesis of CEEQA over the past dozen years to its role and place in the market today we have come to work with some of the best service providers in the region and most important sector and international business media platforms, which have been vital to its growth and success. We also owe a huge debt of thanks to our many commercial partners and customers at all levels whose participation and constructive contribution in sharing of our strategic vision makes possible all the value and enjoyment CEEQA provides to the market place today.