With all provisions and arrangements successfully transferred a new date for the CEEQA Gala is now set for 18 May 2022, with 2020/2021 award entries and judging folded into the 2022 edition, among a number of schedule and technical changes.

In January 2020 we launched our Aiming 4 NetZero campaign, hoping to raise a loud call to arms in CEE real estate, and real estate in general, as the climate stakes escalated with wildfires blazing out of control in Australia and ambitious UN targets had just been set for achieving net zero business. economies, It was becoming clear a new plateau was being reached and a new impetus was required.

At the forefront of the campaign were two (then) “world firsts”, they may still be with a fair wind. But quite a lot has happened since then, none of it pretty.

The upgrade of our longstanding Green Leadership Awards to a new set of awards in 2020, setting out to measure actual progress towards net zero buildings and business applying the same model one would apply on current intel to certify a building at, or towards, net zero – Aiming 4 NetZero Building of the Year, and Aiming 4 NetZero Company of the Year. The new categories recorded environmental performance data against baseline figures as well as future targets, to illustrate on a real and percent basis how successful a building or company is in pursuing total carbon, energy, water and waste balance as well as value chain, supply chain and community impacts – seemed radically progressive at the time.

While some appreciated the gesture, there was also quite a lot of “how dare you” in the reaction. Probably no more, that was BC, before Covid; to be clear the pandemic is not a separate crisis to the climate crisis, they are twinned, the both stem from environmental damage and destruction of biosphere – you may like to read our Viewpoint on this, but make sure you’re sitting down.

All of this reinforcing our instinct that were were entering new territory in the climate and environmental challenge, particularly following the pandemic. Aiming for green certification, even the highest levels of certification, will no longer be enough at the new plateau of expectation.

Comparing recorded environmental performance data against baseline figures as well as future targets, to illustrate on a real and percent basis how successful a building or company is in pursuing total carbon, energy, water and waste balance as well as value chain, supply chain and community impacts, is a major step forward.

Like everyone we continue to monitor the situation and strive to take account of challenges faced by companies and workers across the sector, 360 implications for the sector and for the CEEQA 2020 schedule, with the health and safety of our collaborators and customers paramount. It is clear that, at present, large international gatherings involving guests traveling from numerous countries pose an increased risk to our audience and also to the wider public. We will keep all collaborators and customers informed. 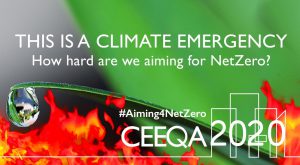 Announcement of the opening of submissions for the new CLIMATE EMERGENCY INNOVATION AWARDS categories on 28 January, replacing our seasoned and influential awards for Green Leadership in CEE and SEE real estate in place since 2011, was the first step in a wider Aiming 4 NetZero campaign within CEEQA 2020, through which we hope to not only convey and project a message that the standard is changing, that “orange building” is the new green, but also to demonstrate practical engagement and commitment to the new standard ourselves with an attempt to deliver a NetZero CEEQA Gala on the new date of 18 May 2022 in Warsaw – a world first for a major industry event.

The new awards set out to measure actual progress towards NetZero buildings and business, comparing recorded environmental performance data against baseline figures as well as future targets, to illustrate on a real and percent basis how successful a building or company is in pursuing total carbon, energy, water and waste balance as well as value chain, supply chain and community impacts – another world first for a major industry awards.

We’re thrilled because it feels like the right thing to do. A clarion call for the “repurposing” of the sector’s environmental vows at what increasingly appears to be a pivotal moment in a growing climate emergency.

We’re terrified because it has, it seems, come to this, the age of the climate emergency. And because it’s far from easy.

That it would eventually come to this is not entirely a bolt from the blue. The topic has been gathering rapid momentum in recent years, and seemingly accentuatedly so during the past year, but warnings about the threat of climate change have been in circulation as far back as the 70s.

We’re not completely new to the issue either, CEEQA has been actively engaged with forward analysis and advocacy of rising mega trends since 2005 and were specifically quite early movers in analysis and advocacy of green leadership in real estate from 2008 with a series of Insight events and reports analysing the business case for green building (The Green Debate, The Green Debate 2, and RealGreen Symposium). We were one of the first globally, if not the first, to zero in on operational cost savings and the “talent magnet” for tenants as the key drivers of the business case for green building, at a time when investors and developers were still struggling to figure out how to accommodate, let alone mobilise, the “green building premium”. Or rather because they were struggling with it. 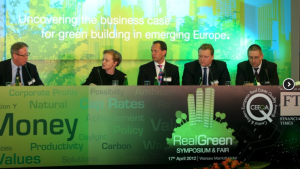 Are we on the brink of a mass global extinction event and the demise of our own species, unless we start reacting seriously, and acting rapidly and forcefully to stem – and even reverse – the current rate of global heating? Who knows for sure, but the evidence appears to be increasingly present and tangible in the world around us, almost on a daily basis.

This is the carrot, the world of business knows well that the cost of inaction could be far, far greater than the cost of action. The stick, of binding global statutory targets, is already being rolled out: The EU’s Zebra2020 Energy performance of buildings directive published in 2019 stipulates that all new buildings commenced after 2021 need to be nearly Net Zero buildings (NZEB), and at the COP25 United Nations Climate Change Conference in Madrid in December 2019, implementing the recommendations of the COP 21 Paris Climate Agreement of 2015, has asserted binding global targets for all new buildings to be fully Net Zero environmental balance by 2030, and all buildings by 2050. With less than 1% of buildings currently meeting these criteria, the scale of the challenge is clear.

We’re terrified also because a lack of precedent in this area has meant, as perhaps the first major industry awards of its kind seeking to measure and recognise real progress towards NetZero environmental balance in building and business, that we’re largely striking out on our own – well, with a little help from our friends. 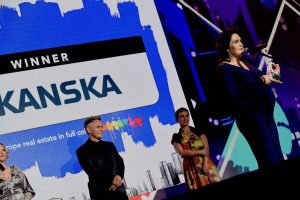 Firstly, the process of building the new categories has been a uniquely engaging challenge, making them user-friendly and judge-friendly enough not to frighten our target audience, but which accurately present and reflect the most important and most current business values and technical solutions for carbon, energy, water and waste balance, together with value chain, supply chain and community impacts.

And secondly, the race to develop the categories fully in time for a January launch following the publication in December of the NetZero building targets set out at COP25 in December, has been… a journey.

Beginning with the question of what NetZero building and business is, and isn’t, we eventually arrived at a formula that captures “for dummies like me” highlight activities denoting a serious drive for NetZero buildings and business, from carbon footprint measuring and offsetting audit measurements to the uptake and impact of renewable energy solutions, parking facilities and showers for cyclists, and policy on the presence of reusable plastics in the office. But which also captures in depth “environmental impact audit” data showing actual results on a statistical and percentage-progress basis at the heart of the issue: 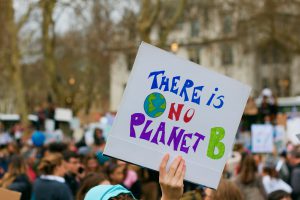 We are deeply indebted to our colleagues in the Sustainability Consulting Central Europe department at Deloitte who we’ve worked closely with to excavate the possibilities for, and to design and deliver, the new award categories as well as the outline plans for the Aiming 4 Net Zero CEEQA Gala. We are also indebted to a group of leading exponents of sustainable building and campaign marketing in the sector who agreed to join us for a hastily converted recent campaign review and feed-in video-conference meeting in early January to help review the progress of our overall plans for the campaign as well as the plans for the new awards and gala, and assist us in getting them fit for purpose in time.

To find out who, what and why, you may listen to a podcast on the preparations for the campaign here.

If not now, when?

Some may ask if this is too much, too soon. Far from it.

There has undoubtedly been marked progress in aspiration as well as achievement in “green building” and business over the past decade in the CEE/SEE property sector and beyond. We have seen this ourselves in the entries for our standard award categories over the past few years as much as for the actual categories setting out to measure and recognise sustainability leadership in the sector. 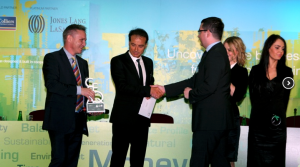 But it is becoming increasingly difficult to argue that we are not now at a pivotal moment in the debate, if it is still a debate at all, from a scientific standpoint as much as rising statutory, public and corporate opinion. It will have escaped few except the most hardened and hardy climate denier that the issue is beginning to dominate the news agenda, and not for no reason — the unprecedented scale of the recent extreme bush wildfires in Australia have been the catalyst for recent calls for a new level of response recently, but for over a decade scientists have warned of such a sudden escalation being the canary in the coal mine that a tipping point is being reached. It certainly feels like a tipping point.

The extreme bush wildfires in Australia were in this case the final trigger among a number of triggers  for this campaign over the past year:

It was then that the penny dropped. With only a month to go to the launch of the 2020 awards.

We’ve known for some time that buildings and their construction together account for around 30-40% of global energy use, depending on your sources, and that they are responsible for up to 40% of energy-related carbon dioxide emissions annually, even more than all categories of transport together (24%), making real estate one of the largest drivers of climate change.

We’ve also known for some time that it is one of the most cost-effective, and effective, means of quickly and substantially reducing global emissions compared with its closest rivals, fossil fuels and industrial farming.